The WMPC Countdown – 3 weeks to go……… Have you booked your place?

3 weeks remaining before the WMPC Summer Camp 2016 starts. Details were in June

about the summer camp for all badminton enthusiasts who want to improve there badminton this summer.
West Midlands Performance Centre are hosting their annual four week programme for badminton players. This year the WMPC have invited a guest coaches varying the sessions delivery some.
All details including days, dates and times can be found HERE. The four week  programme is looking crammed full of badminton ‘stuff’ to help you improve your game. With footwork to music, ‘S and C’ (strength and conditioning) and nutritional information for the die-hard players. Of course there are badminton routines, techniques, skills, tactics and games both singles and doubles for all.

Comments were made by players who attended last years camp. This is what they said.
Andy Wainwright (Emerging sessions four days a week). Joe and Keerti (Potential-Raw sessions two days a week). The event is hosted at the University of Birmingham, Munrow Sports Centre.
Bookings confirmed before the deadline – Friday 29th July 2016 – entitle the players to a Forsa shirt from the new 2016-2017 range of products. Free shirt supplied and printed by ForzaWM.

Countdown has started with only 3 weeks to go to the summer camp, so complete the booking form HERE.

Details for the coveted Summer 2015 badminton training camp are almost here. Keep watching THIS space as numbers will be limited. These that attended last year will have first refusal and then on a first come first served basis. Summer 2015 training camp overs a FREE FORZA t-shirt for players who book and confirm a place before the deadline of Friday 17 July 2015. Coaches are writing the programme ready to build up levels of fitness, develop movement, technique and tactics of singles and doubles. Players will improve the skills, strengths, efficiency and power with a view to sharpening up during the summer 2015.

There will be footwork to music, shot skills incorporated into routines and of course match play to develop tactics. Under 11, Raw, Under 13, County, Developing, Emerging, University a and B squad players will be worked hard but fun sessions will mean theyl all enjoy the summer 2015 camp. Most of the benefits will be seen and felt most at the start of the new badminton season.

Summer 2015 training NOT to be missed details HERE.

In order to promote badminton in Kingswinford the West Midlands Performance Centre are offering 4 weeks FREE. The sessions are at the Crestwood school off Bromley Lane, Kingswinford.

These sessions enable boys and girls of all levels and various ages, to experience badminton and try it for 4 weeks free of charge. Places are limited up to Christmas. These FREE sesion will work on a first come first served basis. Are you interested? Is your child interested?

More details regarding the session can be found on the WMPC website HERE.

Voucher for the FREE sessions are available at from Stephanie Cartwright-Randle.
Contact her on  07976 814036 or stefcr@live.co.uk.

After the free sessions places at the Pre-Raw and Raw sessions are accepted on an application basis.

With the Summer Camps being a big smash with the participants most of the remaining sessions are Full. The West Midlands PC urge those players who are interested to book ASAP to avoid disappointment. Once the session is full your name will be added to the waiting list.

Players have traveled from as far as Coventry, Leicester, Derby and even Norfolk. After the session the coaches give participants feedback on what areas to work on to help the player improve.

If you are interested then complete a booking form, or for more details on who to contact see HERE.

Secure you place before all the session are Full – Book NOW.

If you miss the summer camp then take a look at the weekly session run by the Performance Centre. See HERE.

Spring Badminton Camp details are out.

If you have sampled the WMPC badminton camps in the past them you will know what to expect from the Spring half-term camp.

The Spring badminton camp details are out so take a look HERE and follow the links to the booking forms to get your place reserved. Places are not secured until payment is received by Lorraine Cole. The Spring 4 hour badminton session aimed at both the RAW and DEVELOPING groups of the PC and is also open to NON PC members and NON County players.

It is the ideal way of improving and boosting your badminton skills with a little coaching from Level 2 badminton coaches, Stephanie Cartwright-Randle and James Lauder of the PC.

Friday 3 January 14.00 saw over 30 children embark on a 24 hour session of badminton. The children all members of either the West Midlands Performance Centre (WMPC) and/or Warwickshire Schools Badminton Association (WSBA) in Birmingham. 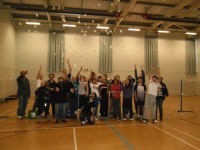 Like most events the idea started as a bit of banter which within minutes became a firm idea. The main focus was to raise money by playing badminton continuously on one court for 24 hours and donate funds raised to a charity. Stephanie Cartwright-Randle (coach) and Hassan Rajbhai (parent) set about making a list of essential tasks to be completed if the event was to go ahead. Finding a venue that was willing to open all night was going to be a challenge, but as Steph runs badminton sessions  she started by asking Synergy at the Calthorpe School, Highgate. Andrew Holden (manager), when asked was more than helpful and agreed to allow the use of the sports hall and leisure facilities FOC and stated that ‘I would feel honoured to be of assistance’.  Hassan focused on a charity and contacted John Todd at Mercy in Action who came along to start play on the day. Mercy in Action in conjunction with Who is Hussain is the charity that will benefit from the money raised. John gave a brief description of how he started the charity with his wife and explained how ‘People in the central region of the Philippines have been hit by a devastating storm that has left disaster and chaos in its wake.’ After thanking those present at the start he informed them that ‘Money raised by the children taking part in this Badminton Marathon will go towards helping those living in the Philippines affected by the storm’.

The venue (Synergy) boasts two courts and the intention was to keep one court continuously populated with juniors playing badminton, whilst the other court was open for challenges and general games. Parents, friends and colleagues from a variety of local badminton groups and clubs queued up throughout the 24 hours to play some of the older (15-17) juniors. Which proved very entertaining for the spectators.
The youngest player, Rohan Motwani (7) played his last game just before midnight (his mom waited patiently whilst resting her eyes) and was keen to return early Saturday. His brother Raghav played until almost 2.00 in the morning and returned just after 9. Family members Victoria (10), sister Selina (12) and dad Victor all participated in games on the main court throughout the 24 hours. 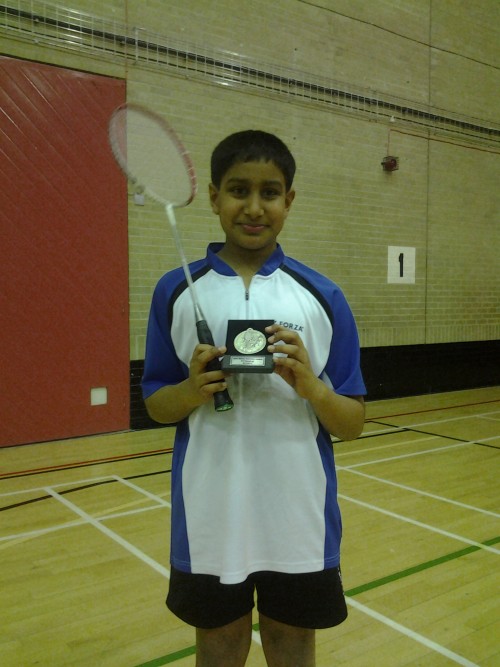 raised money through sponsorship and one young player Nurali Rajbhai (12), who was so moved by the TV footage of the floors, set about raising money. He was so motivated and enthusiastic about the events that he raised over £400.00. Well done Nurali!
Total monies raised (to date) is £1400.00 with sponsorship still coming in.
There are many adults and parents that supported this events from its conception back in early December 2013 to its happening on 3rd/4th January. So thanks go to Hassan Rajbhai, Andy Holden, Derek Bevan, Rizvan Sidicot, Shabir Jivraj, Hafiz Meghjee, Victor Liang, all of the Junior players from WMPC and WSBA and parents.
Feedback from all concerned was very encouraging so similar events are already being discussed.

Now that the exams are nearly over the second half of the Summer term sees the Performance Centre back to normal training sessions. For some it has been a long break. Others might have spent the summer half term revising for those exams.

No matter how you spent your time the training sessions are now back to normal. Please check out the current training calendar HERE for start dates for your session.

Get ready for next season, start training NOW.

Dame Elizabeth School has cancelled one of the clubs training nights due to an annual event. All Developing and Emerging group attendees please check out the new amended calendar. NEW Calendar dates HERE.

WMPC apologise for any inconvenience. 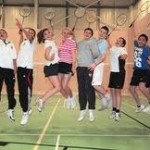 West Midlands Performance Centre are pleased to confirm XDC Badminton Club as their latest Satellite club – WMPC Longbridge. XDC have started a Junior club and are looking for Young players. During September starting on the 2nd, XDC are offering a FREE trial to children who are interested in joining the club. The club is from 16.30 till 17.30 on Sunday afternoons. The coaching sessions will be run by Stephanie Cartwright-Randle one of the WMPC coaches.