So 12 days of badminton through August 2019. Three days a week for four hours a day. Lorraine Cole, Julia Quinn (nee Mann) will be writing the program for each day. Then of course delivering it to those that book on.

There are deadlines in place so unfortunately NO late comers and once the tickets are gone…. They will be gone.

So don’t miss out and leave it to the last minute. More details and booking links HERE. 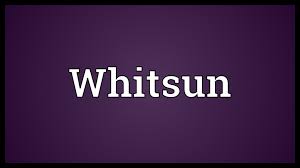 With less that THREE weeks before the Summer Camp starts.

Full details of the WMPC Summer Camp can me found HERE.

Talking about top notch training Julia Mann, one Badminton England’s GB and England coaches will be leading the camp this year. So your training/coaching will be of the highest quality. Do you really want to miss this?………..NO!

Some of the players who have booked on to the Camp are also making the most of their visit my entering the Senior Bronze Tournament. Enter the tournament HERE from the Badminton England site. Where you can enter ALL three disciplines (Singles, Doubles and MIXED). Alternatively enter the PC’s TEAM competition. Check out the website for details.
All of the events are being held at the University of Birmingham’s NEW sport and Fitness centre.

With less that three weeks to go you can not afford to waste any time……………….!

Less than 1 week and it is here. In fact just a matter of days. The WMPC Summer Camp 2016 starts August 8th. Full details were released back in June for badminton enthusiasts who want to maintain their badminton over the summer.
West Midlands Performance Centre hosts their annual four week programme for badminton players. This year guest coaches include Tracy Dineen former England International player along with Fontaine Chapman current England International Player. Their sessions should not be missed. NOT booked yet then click HERE. Four weeks crammed full of badminton coaching to help you improve your game. Sessions include footwork to music, ‘S and C’ (strength and conditioning) and nutritional information for the die hard players. Loads of routines, techniques, skills, tactics and games (singles and doubles) for all.

Countdown continues less than 1 week to go so BOOK NOW HERE. Even though the Summer Camp starts Monday 8th you can still book on IF there are places left.

The WMPC proudly present their Badminton Camp for the Summer 2016.

Long awaited details have now been released for the Summer 2016 Badminton Camp. There are sessions for all badminton enthusiastics who want to improve there badminton over the Summer 2016. August sees a four week programme for badminton players. Details of dates and times can be found HERE. With footwork to music, strength and conditioning and nutritional information for the die-hard players. Then of course badminton techniques, skills, tactics, routines and games both singles and doubles games for all. WMPC have invited a few guest coaches to vary the sessions a bit.

All in all, the four week programme is looking crammed full of badminton stuff to help you improve your game.

Booking form are available on line HERE for the Summer 2016 Badminton camp, hosted at the University of Birmingham, Monrow Sports Centre. Four week programme in August.
Bookings confirmed before the deadline – Friday 27th July 2016 – entitle the players to ab Forsa shirt from the new 2016-2017 range of products. Free shirt supplied and printed by ForzaWM.

In order to promote badminton in Kingswinford the West Midlands Performance Centre are offering 4 weeks FREE. The sessions are at the Crestwood school off Bromley Lane, Kingswinford.

These sessions enable boys and girls of all levels and various ages, to experience badminton and try it for 4 weeks free of charge. Places are limited up to Christmas. These FREE sesion will work on a first come first served basis. Are you interested? Is your child interested?

More details regarding the session can be found on the WMPC website HERE.

Voucher for the FREE sessions are available at from Stephanie Cartwright-Randle.
Contact her on  07976 814036 or stefcr@live.co.uk.

After the free sessions places at the Pre-Raw and Raw sessions are accepted on an application basis.

Emerging and Developing can they do it?

Day two of the Inter PC Tournament in Manchester saw players from the Developing and Emerging groups take to the courts hoping to leave their mark with our northern competitors.
WMPC Developing group for the Inter PC event, was being represented by Kishen Lee, Samuel White, Kayleigh Beeston-Smith and Selina Liang. 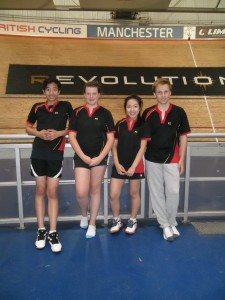 There were six teams in our group so 5 gruelling matches lay ahead in a warm Manchester veladrome for relatively new pairing against, what turned out to be some strong opposition. The first Match saw us narrowly loose 2-3 with very close games set the bar for the days battle. Although no match was won by WMPC developing group but with close scores of 17s, 18s, 19s says hard fought battles were had in may of the games. Un-triumphant the Developing team set of home with heavy hearts. The day was a great experience and lessons can be learnt and taken to work on for next year and/or similar events.
The Emerging group for the Inter PC challenge saw Rob Spink, Chris Williams, Sarah Collins and Grace Taylor turn out for an epic first match against a the host Manchester PC. 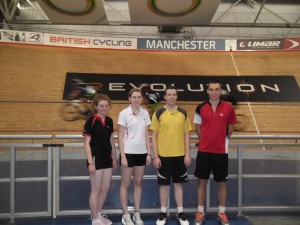 The format or game order was, ladies doubles, mens singles, ladies singles, mens doubles and one mixed. Chris had a gruelling first mens, winning 21-13, 20-22, 26-24. Sarah played ladies singles losing narrowly in the second game 14-21, 21-23. Mixed doubles saw Rob and Grace take their game to 3 and winning 21-16, 19-21, 21-13. Final first match score 3-2 to WMPC. Unknown to us at this stage that was the winning match. Out off the remaining 3 matches saw WMPC play Potteries 1 and 2, opposition that was a little closer to home and better known. Overall some fabulous badminton for those of us on the side line spectating. Triumphant on the day yet Emerging guys walked away with medals and the trophy. On a lighter note each team nominated a player from the opposition for sports person of the match, whose names where put in to a hat and drawn at the end of the competition to win a Babolar racquet. Young Sarah Collins is now the proud owner of one such racquet.

Well done to all the players both Developing and Emerging and thank you parents for your support and the early start.