Are you looking to become a Level 2 Badminton Coach?

Then look NO further as the WMPC are hosting a UKCC Level 2 Badminton Coaching course at the University of Birmingham.

The course runs over 4 day and will at the end of the course qualify the coach to independently plan, lead and review coaching sessions and develop coaching programmes to support the development of players.

Full details about the course can be found on the Badminton England site HERE. Course dates, booking and payment details can be found HERE on the Go Membership site.

So it you are already a Level 1 coach and your are looking to progress and become a Level 2 then do it in Birmingham at the new Sport and Fitness Centre at the University of Birmingham.

Summer Camp smash hit will all the players………

Week ONE of the Summer Camp, at the University of Birmingham’s NEW sport and fitness centre, proved to be a SMASH HIT for the West Midlands Performance Centre.

This annual event’s first week, saw in excess of 40 badminton players, aged from as young as three years old to a gentleman in his thirties, participate in the badminton Summer Camp. The first week was run over four days and not only included routines, covering the different shots, lift, drop, net etc…. it covered singles and doubles rotation, technical advice to improve individual techniques, but I think for most the footwork to music was the biggest smash hit with all the players. Footwork to music was held in the impressive dance studio at the Sport and Fitness Centre, even for all passers by to see from Edgbaston Park Road. The two hour session was lead by Julia Mann (England and GB coach) who demonstrated each routine for the players to follow and practice.

There are still two weeks left of the Summer Camp w/c 14th and w/c 21st. Now with only limited places left. If you are quick booking forms can be found HERE.

Parent’s massive ‘THANK YOU’ to WMPC.

After week one of the West Midlands Performance Centre’s Summer Camp, many parents verbally feed back positive comments and their ‘thank you’s. But one mom popped this email over to us.
“I can not even begin to explain just how enthused, motivated & inspired Jake has been after Monday & Wednesday camps.
He spent over an hour last night reliving the 2 days to me, demonstrating what he had learnt, and relaying conversations he’d had with others/new friendships forged and watching others play……….. it was absolutely fantastic!!!  So, a massive thank you, if this is what you set out to accomplish then you’ve achieved it tenfold!!!!!”
Went you get feedback and ‘thank you’s like this it is so very satisfying and makes all the hard work that goes into preparing and planning these event seem so worthwhile.
Bookmark It

August 7th is less that 24 hours away. The first day of what is planned to be a fabulous training camp over the Summer.

Three weeks start tomorrow. If you have not booked on and you can not make it tomorrow then book for next week, starting 14th August, or even the week after.

Julia Mann is working with Lorraine Cole (Head Coach at the PC) both X England players, so you tell me how good is it going to be. Awesome springs to mind. SnC, Footwork to music, Nutrition are just tasters….(no punn intended) for the contecnt of the camp.

And to top that it is at the NEW Sport and Fitness Centre at the University of Birmingham. Get there early so you can have a look round the center. Impressive…!

Enjoy your weekend while you can as Monday morning, August 7th 10.00am I will be there to see the start. West Midlands Performance Centre starts its three weeks, of four days a week and four hours a day training. Hope you are as excited as I am.

Lorraine Cole is not only working with Julia Mann (GB and England team squad coach) but has other guest coaches running sessions during the three weeks. Learn what to eat and when, how to warm up properly, mentally prepare yourself for an important match…..and much more.

The sessions are over eight courts in the new hall, at the University of Birmingham’s NEW sport and fitness centre. Impressive building with lots going on and a Costa coffee on site. Spend a little time get there early and have a look round. If you have not yet chosen which university you want to attend then see what is on offer.

GETTING EVEN CLOSER –  72 HOURS before the Summer Camp starts. 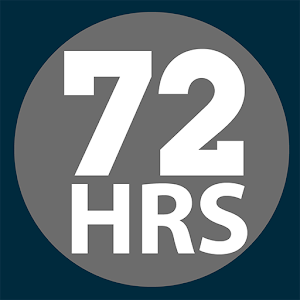 The suspense is getting to me now. I have to wait the whole weekend before the West Midlands Performance Centre’s Summer Camp starts on  Monday 7th August, 10.00am prompt.

Would be worth arriving a little early so that you can have a wonder around the impressive Sport and Fitness Centre, University of Birmingham. Might inspire you to do a little more fitness……!

Lorraine Cole has written a three week program and is working with the likes of Julia Mann – GB Team and England squad coach, in not only for the Summer camp but to the PC on a permanent basis.

There will be sessions that cover Single, some that cover Doubles and others that cover mixed doubles. Not only the footwork, movement and balance but tactics, positional play and much more.

MORE details can be found HERE along with booking forms for those of us that are a little behind with their booking. 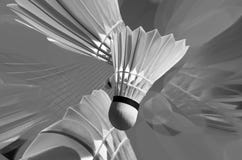 Manchester 2 July 2017 Inter PC where the West Midlands PC Emerging group have a fight and a half.

The team four of our most dedicated player, Joe B, Matt B, Abdul R and Victoria L. All travel to Manchester some have a longer journey than others with a coach ride leaving home at 4.30am….as I said dedicated.

A quick briefing saw an Emerging group of 6 teams, North Cumbria, Potteries, East Cheshire, Manchester, Merseyside and of course WMPC. So a full on day with some very strong opposition, let the battles commence as the fight is on.

Two games were lost 1-4 but with 22-24, 19-21 as loosing scores, the match defeat does not tell the full story. The of course we won two games with a couple of 22-20s, 21-18s ans several 15’s more close games. The match against Manchester saw the biggest battle with the score at 2 games all it was down to the last end. Nail biting stuff but to no avail, 2-3 to Manchester and the fight was over. All said and done a good days badminton with loads of close calls and great experience.

Along journey home! Well done all.

YES – ONLY TWO weeks left before the Summer Camp starts. 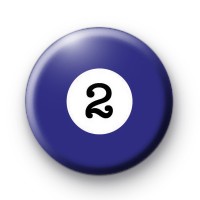 Time is running out  as August 7th is less that TWO weeks away. The first day of the infamous West Midlands Performance Centre Summer Camp for 2017 is getting closer.

Not only is there the three week coaching at the summer camp but there is also the TEAM Tournament on August 19th and then the SENIOR Bronze on August 20th giving you a badminton packed weekend. This weekend is where you can (in some cases) put in to practice all the skills and training that you have picked u from the likes of JULIA MANN. Yes, Julia Mann the coach that trained the GB and England players. Bringing all of her knowledge and a different coaching skills to all three week of the Summer Camp.

Less that two weeks and all this can be yours. Details along with booking forms can be found HERE.