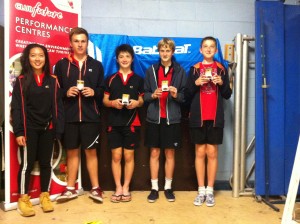 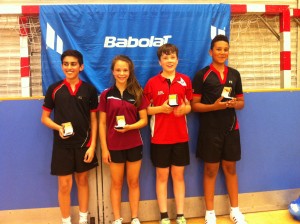 West Midlands Performance Centre in conjunction with Badminton England organised a BISI festival in Birmingham to coincide with the Yonex All England Championships 2012. The participating school visited the NIA to spectate. The went to the Doug Ellis Sports Centre where 9 schools took part in the festival. The team names consisted of ‘players names’ seeing ‘Donna Kellogg’ George Dixon International School, triumph with a convincing 1518 points. Second place saw a close battle between ‘Jenny Wallwork’ Ninestiles School and ‘Nathan Robertson’ Smiths Wood College with only 15 points difference. See HERE for full details. George Dixon has won a Badminton Coaching session for the school as the prize. This will be delivered by Stephanie Cartwright-Randle – Development Officer for the PC. 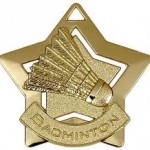 The boys singles ran very smoothly, despite several contestants not turning up on the day. With the fantastic volunteers organising the event, time was made up. The boys singles semi-finals produced two worthy finalists. Rob Lowes took an early lead, but Matthew Smith clawed an important 3 points back to give 20-20. The next few rallies were nail-bitingly tease for spectators. Rob Lowes came up thrumps with a 26-24 victory.

The results are in CLICK HERE for the full Results